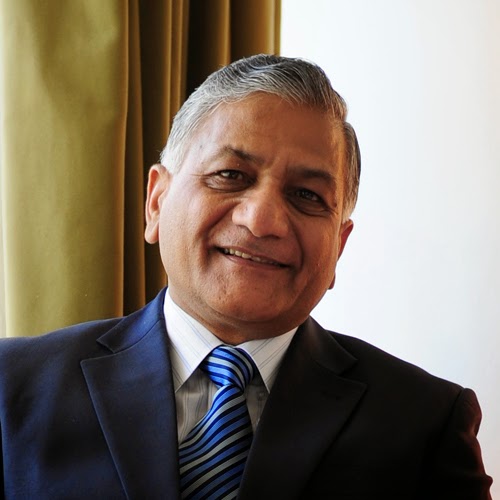 The BJP-led government at the Centre is committed to implement the 'one rank, one pension' scheme for ex-servicemen, Minister of State for External Affairs General V K Singh said on Sunday.

"The BJP-led government at the Centre has allotted Rs 1,000 crore for the implementation of one rank one pension scheme, which is insufficient. I have requested the Finance Minister to allocate more funds for it. The government remains committed to implement the scheme at the earliest," Singh told reporters here.

Singh, who is also the Minister of State for North East Region, said the Finance Minister has assured him that there would be no dearth of capital for the scheme.

The former Army Chief was in Mumbai to attend a programme to mark the '15th Kargil Vijay Diwas' at the state BJP office here.

"We had announced the one rank-one pension scheme in our manifesto and the central government will ensure its implementation at the earliest," he added.

Posted by All India Ex-Services Welfare Association at 10:50 am